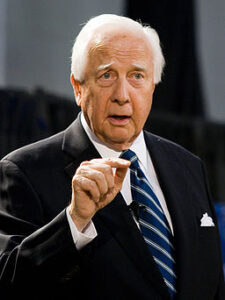 David McCullough is one of my favorite history writers writing today.  You can’t go wrong if you pick any one of his books .  To make it easier for you:

My favorites from McCullough are:
Path Between the Seas
This book is about the construction of The Panama Canal.

The Great Bridge
The Brooklyn Bridge is another feat of mankind.  One of the things I like so much about McCullough’s style is the research he puts into each book he writes.  He writes for the layperson without sacrificing knowledge.  You can actually pick up any one of his many books and not be disappointed.

My favorites from Ambrose are:
Nothing Like it in the World
This is about the construction of the Trans-Continental Railroad.  You’d think I had a building fetish what with the three books I’ve spoken of thus far.  I don’t know.  Maybe I do.  Ambrose is another writer like McCullough who writes for the layperson.

Undaunted Courage
This is my favorite book by Ambrose.  It details the trek across the country by Lewis and Clark and opening of the American West.  For a similar tale, McCullough’s Brave Companions tells the story from McCullough’s point of view.  It might be interesting to read them back to back.  Honestly, it’s been so long since I’ve read these books that I don’t recall the similarities and differences.  However I can say without reservation that they were both well written and well researched.

My favorite from Philbrick is:
In the Heart of the Sea
This is the book that put Philbrick on the map and it still after several years resonates deeply with me.  The incident discussed in the book laid the groundwork for Melville’s quintessential novel Moby Dick.  I highly recommend scoping out Philbrick’s other books as well, including Mayflower and The Last Stand Custer, Sitting Bull, and the Battle of the Little Bighorn.  While as well written and researched as In the Heart of the Sea, the latter two books don’t pack as big a punch for me as did In the Heart…  I think it’s because In the Heart… is the first book I read by Philbrick and it made such a huge impression on me seeing as I’m a big Moby Dick fan.  Not to take anything away from Philbrick’s other books because he is a fabulous writer and you certainly can’t go wrong in choosing to read any of his books.

Check any of these three writers out and I think you’ll come away more informed, entertained and appreciative of history.