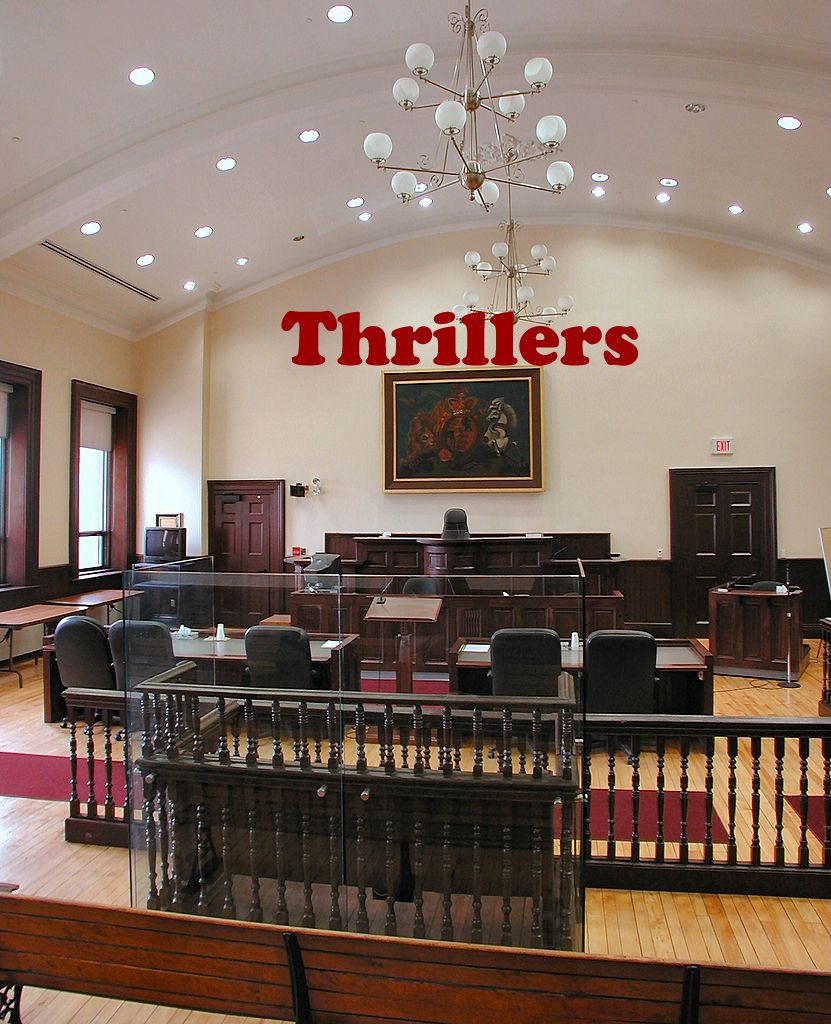 When someone says Courtroom thrillers what title comes to mind?  Remember what I said in one of my opening columns ?

That I wasn’t going to write about the “popular” titles here.

I sometimes love heart pounding thrillers where you’re not quite sure what will happen at the turn of a page.  These three courtroom thrillers offer all that and more.

I wanted to dig under the surface to find some of the other gems.  I think it’s more important to shine a light on the somewhat darker corners of literature, to give some of the lesser known authors a spotlight as well.

Fade the Heat
Jay Brandon
A D.A. in Texas only a short while has his son brought in on charges of an assault, the son denies.  Mr Brandon tells an exciting story of behind the scenes machinations of courtroom dynamics.  The son’s attorney doubts his story, even his father, the D.A. is having a crisis of conscience.

Is the son telling the truth?

Is he lying?  His story seems too far fetched to be believable.

Shadow of a Doubt
William J. Coughlin
Charlie Sloan lost everything in a haze of alcohol much like Paul Newman’s character in the movie The Verdict.  Sloan has a chance at redemption if he can pull himself together to help a former lover’s daughter who has been charged murder.

Inadmissible Evidence
Philip Friedman
NYC D.A. Joe Estrada has a case handed to him that could make or break his career.  Defendant, Roberto Morales is well respected locally and has been charged with murder.   As Estrada begins investigating the case, he finds all is not what it appears to be and his client may very well be innocent.

Until his next time…
Turn the page…
—
Chris

0Shares
0 0
No Comments on Courtroom ThrillersPosted in Crime, Fiction, Politics By chrisPosted on May 7, 2013June 8, 2020