The following story is a perfect lesson in patience and understanding that EVERYTHING happens not on our time but on God’s time.  We can’t rush the Divine.  HE has his own timetable and to expect something to happen when we want it to is simply courting disaster.  I understand this and yet I still get caught up in wanting something when I want it.  I’m SO much better now that I have awakened to this paradigm I’m in now and I know that I will get what I need when HE deems it the right time.  As is the case with the story below.  HE is gently reminding us all:
Patience, my child.  Everything will happen in MY time alone.

I’ve said it before and I will say it again right now.  I SINCERELY believe that when I write my columns at Wisdom and Life, while my fingers are doing the typing, my thoughts are emanating from the Divine.  Here is a perfect example:
On Tuesday night, November 5, a friend of mine who shares my same belief system and who has been reading Wisdom and Life since almost its inception came into the library to pick up some books she put on hold.  Lisa R proceeded to tell me a story she heard many years ago.  Whether or not it is true is beside the point.  The story has proliferated so frequently that it has taken on a life of its own. 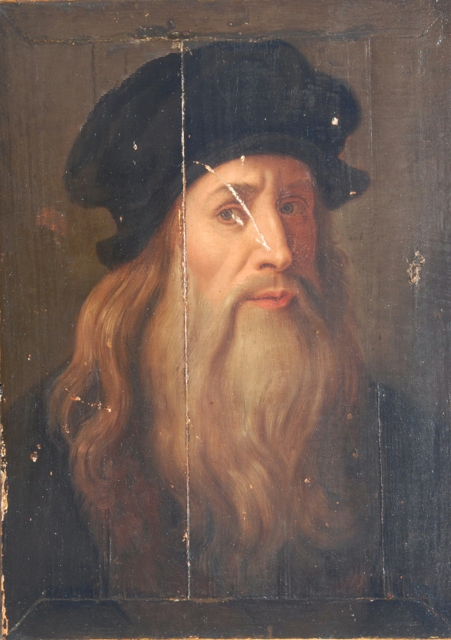 The story of the painting, The Last Supper, is extremely interesting and instructive. The two incidents connected with it afford a most convincing lesson on the effects of right thinking or wrong thinking in the life of a boy or girl, or of a man or a woman.

The Last Supper was painted by Leonardo DaVinci, a noted Italian artist; and the time engaged for its completion was seven years.  The figures representing the twelve Apostles and Christ himself were painted from living persons. The life-model for the painting of the figure of Jesus was chosen first.  When it was decided that DaVinci would paint this great picture, hundreds and hundreds of young men were carefully viewed in an endeavor to find a face and personality exhibiting innocence and beauty, free from the scars and signs of dissipation caused by sin.

Finally, after weeks of laborious searching, a young man nineteen years of age was selected as a model for the portrayal of Christ. For six months, Da Vinci worked on the production of this leading character of his famous painting.  During the next six years, Da Vinci continued his labors on this sublime work of art. One by one fitting persons were chosen to represent each of the eleven Apostles; space being left for the painting of the figure representing Judas Iscariot as the final task of this masterpiece. This was the Apostle, you remember, who betrayed his Lord for thirty pieces of silver, worth in our present day, currency of $16.96.

For weeks, Da Vinci searched for a man with a hard callous face, with a countenance marked by scars of avarice, deceit, hypocrisy, and crime; a face that would delineate a character who would betray his best friend.  After many discouraging experiences in searching for the type of person required to represent Judas, word came to Da Vinci that a man whose appearance fully met his requirements had been found in a dungeon in Rome, sentenced to die for a life of crime and murder.

Da Vinci made the trip to Rome at once, and this man was brought out from his imprisonment in the dungeon and led out into the light of the sun. There Da Vinci saw before him a dark, swarthy man; his long, shaggy and unkempt hair sprawled over his face, which betrayed a character of viciousness and complete ruin. At last, the famous painter had found the person he wanted to represent the character of Judas in his painting.

By special permission from the king, this prisoner was carried to Milan where the picture was being painted; and for months he sat before Da Vinci at appointed hours each day as the gifted artist diligently continued his task of transmitting to his painting this base character in the picture representing the traitor and betrayer of our savior. As he finished his last stroke, he turned to the guards and said, “I have finished. You may take the prisoner away.”

As the guards were leading their prisoner away, he suddenly broke loose from their control and rushed up to Da Vinci, crying as he did so, “O, Da Vinci, look at me! Do you not know who I am?”  Da Vinci, with the trained eyes of a great character student, carefully scrutinized the man upon whose face he had constantly gazed for six months and replied, “No, I have never seen you in my life until you were brought before me out of the dungeon in Rome.”

Then, lifting his eyes toward heaven, the prisoner said, “Oh, God, have I fallen so low?” Then turning his face to the painter he cried, “Leonardo Da Vinci! Look at me again for I am the same man you painted just seven years ago as the figure of Christ.”

Here was a young man whose character was so pure, unspoiled by the sins of the world that he presented a countenance of innocence and beauty fit to be used for the painting of a representation of Christ. But within seven years, following the thoughts of sin and a life of crime, he was changed into a perfect picture of the most traitorous character ever known in the history of the world.

So, why tell this story at Wisdom and Life?

To show that as has been said multiple times over:
Don’t judge a book before you have read it.

or in this case:
Don’t judge a book even AFTER you have read it.

You may have wound up missing a very important piece to the puzzle.

Sometimes for the worse as can be seen in the above illustration.  But that doesn’t mean our love for our fellow man should change.

4 thoughts on “DaVinci, The Last Supper and Judas and Jesus”