In 1977, when he was 27, Shandling was in a serious car accident in Beverly Hills that nearly killed him.

“I had a vivid near-death experience that involved a voice asking, ‘Do you want to continue leading Garry Shandling’s life?'” he later wrote. “Without thinking, I said, ‘Yes.’ Since then, I’ve been stuck living in the physical world while knowing, without a doubt, that there’s something much more meaningful within it all. That realization is what drives my life and work.”

From that moment on, Shandling decided to concentrate on stand-up comedy, finding the constraints of traditional sitcom writing limiting. 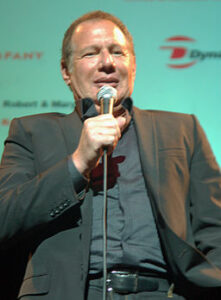 Too many celebrities have transitioned this year.  Now Garry Shandling.  I copied the above quote in bold because Mr Shandling seems to have the same worldview as I do when it comes to transitioning.  Interesting that Shandling had an N.D.E. and returned.  It seems that he experienced the same thing that MOST people who have Near Death Experiences have.  Shandling was asked if he wanted to continue leading Garry Shandling’s life.

I hadn’t thought about this until I copied that passage here.  Here’s what I’m thinking now:

Shandling was asked if he wanted to continue leading Garry Shandling’s life.

What was the other choice?  To transition to a new life?  See?  What I take away from that question is this:
Why would Mr Shandling recall the question phrased in that way, in the third person?  To continue leading Garry Shandling’s life?  What other life did he have the option for?  Unless we choose to believe as I do that we do indeed return over and over, reincarnate, in other words.

What other explanation is there for the question being recalled in the way that it was?  I choose to see the question this way:
Do you want to continue leading Garry Shandling’s life, or does your SOUL want to find another life in transition hall?
It is then that we are brought to Transition Hall.  Here is where we choose our next life.  That next life will be a result of how we performed in our previous life.

My worldview, my thought processes concerning transition runs toward the eclectic, towards the esoteric.  It’s who I am.  It’s what I believe.  That doesn’t mean I don’t believe in God, in Jesus.  I do.  I’ve managed to adjust my paradigm to fit into Christian thought.

Garry will be back as will all the souls who have transitioned this year.  It’s distressing for those they leave behind.  For them though, they are home.