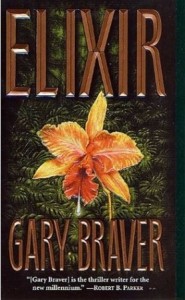 When a Boston Massachusetts medical research team is sent to Papua New Guinea in search of medicinal plants. the team discovers a plant whose extract can prolong life.  With huge consequences if consumed, the question then becomes:

Do you take the elixir?

A roller coaster ensues with scenes that appear to have been written for the big screen which is in no means taking away from the written word on the page.  I’ve read several books by braver now and he just gets better with each book he publishes.

Elixir is a thrilling read and ends perfectly.  Pick up this book and I’m convinced you’ll want to finish it in one sitting.

I’ve known Gary Braver through a mutual friend for sometime now and I’ve been reading his books for a long while.

Tunnel Vision convinced me we are simpatico.  After a bike accident leaves grad student Zack Kashian in a coma for months he finally wakes on of all days, Easter.  If that’s not spiritual enough, when he wakes, he is heard speaking a The Lord’s Prayer in its original Aramaic.  People flock to his side asking questions. How can someone who has never spoken Aramaic suddenly be fluent in the dead language?

Flashback
Thirty five years after his parents’ drowning, Jack Koryan returns to his family beach house. During a swim, Jack is stung by a school of rare jellyfish.  He winds up in the hospital and in a coma for years. 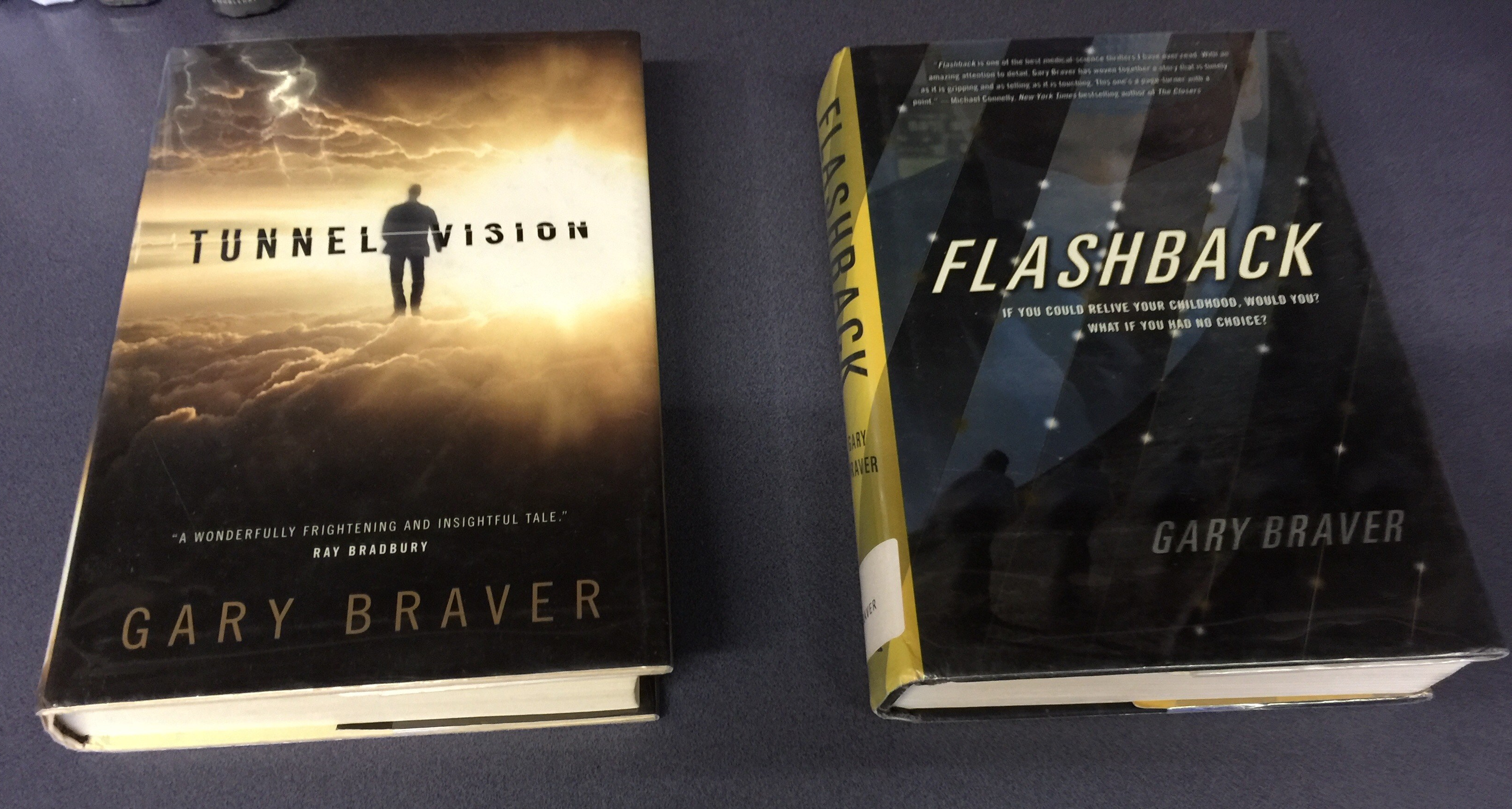 When Jack finally wakes three years later,  he discovers the toxins left from the jellyfish drastically improve his memory.  He also suffers from a severe side effect of flashbacks.  Upon hearing of his improved memory, the medical field wants to test him because the toxins in the jellyfish that put Jack in the coma are similar to a drug they are using to create an  Alzheimer’s cure.  Flashback has all of Gary Braver’s combined thought processes running through the story:

A medical mystery
An improvement of some kind in the body
And the knowledge that something positive can come from a challenging experience.

For these reasons and more, Gary Braver is on author not to be missed.

Until Next time…
…Turn the page.
—
Chris