As I was praying last week before going to bed, a nightly ritual I’ve carried on for ALL of my life, I realized as I made the sign of the cross, saying:
In the name of the Father
The Son
And the Holy Spirit

that when we say:
In the Name of the Father we touch our forehead.  What is significant about our forehead where our hand goes?  Do you know?  It’s where our third eye is: 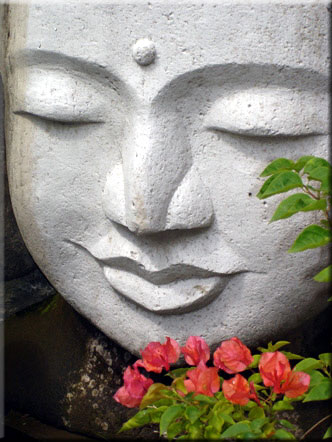 Alright.  So, what EXACTLY is the third eye and what significance does it have to Christian thought and prayer?  The third eye is a gateway to perception beyond the known, an intuitive guide so to speak.  So why is it, do you suppose that we touch the third eye upon saying:
In The Name of The Father?  Maybe, God (The Father) is THAT third eye?

Alright.  My next question is:
How long has the concept of the Third Eye been in the public realm?

We VERY well know that Christianity has borrowed from and/or has melded belief from other sources.  It seems a bit coincidental to me that the Third Eye plays such an important factor when it comes to Christian thought.  The fact that the Third Eye has become entangled with the Sign of the Cross leads me to believe that this is yet another case of Christianity being one of inclusion.  Not of exclusion which is what it has become.

Christ preached to EVERYONE.
EVERYONE came to listen to Christ.

The Third Eye is primarily a Buddhist concept.  Buddhism doesn’t believe in a supreme being watching over humanity and as I’ve stated here before, that ONE concept is the ONLY thing that is keeping me from FULLY embracing the Buddhist philosophy as I am FULLY convinced that God DOES exist.  I’ve seen too much, felt too much to NOT believe.  All belief systems borrow from each other.  And that being the case, why can’t we all see that and set aside the differences and embrace our similarities?

The Third Eye is but one example of borrowing.  Can you give me other examples where Christianity has borrowed from other traditions?  I’d love to hear from you in the comments below.