Your prayer causes you to focus, and the Law of Attraction causes everything in the Universe that’s in vibrational harmony with your focus to come to you. 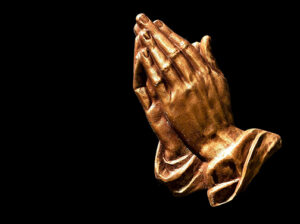 If you remember three of the tenets of Law of Attraction:
Ask for what you want
Believe you already have it
Thank the Universe when you receive it.

You can see similarities to faith and Biblical teachings, especially if you merge one and two from above into:
—Ask and ye shall receive
–Believe you already have it.  (Belief)
Belief and faith play an important role in the Bible.  For those who read the Bible literally everything is taken on faith and belief.  Belief and faith also play a significant part in my life.

I’ve always had a strong faith and as I’ve said at Wisdom and Life, discovering Law of Attraction has deepened my faith.  It’s why the tagline for my blog is:
Where Law of Attraction Meets Faith and Spirituality.

I certainly believe that Law of Attraction (LoA) merged tenets with Faith, Religion and Christianity to make it more amenable and accessible to a mass audience.  Which is not to take anything away from LoA. The same can be said for the book/movie combination of The Secret.  Concentrating on the goal of getting what you want and just touching on other concepts of LoA made it easier for people getting started understanding Law of Attraction.  Those wanting more now had the beginner knowledge and could dig deeper. Without that “kindergarten” understanding no one would have the ability to move forward if they wanted to.

Those of us, myself included, who discovered the similarities to Faith and Religion found our faith deepening as a result of studying LoA and Faith.  We saw the merged traits and became more enriched. Which in some respect I believe is one of the factors to bringing Law of Attraction to the masses.

Be Happy!  Be Well! Be Positive!
Blessings to you.
—
Chris

2 thoughts on “Prayer, Faith and Law of Attraction”