FIfty one years ago, two days ago on Saturday was President John Kennedy’s last day alive.

It’s been said that President Kennedy had a death premonition, writing in 1961:
I know there is a God…I’m ready. 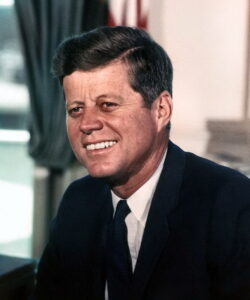 I often wonder what someone would do if they knew it was their last day in this their most recent incarnation.  Who would they spend their time with?  Would someone tempt fate and do their best to change history?  Anyone who has been a long time reader of Wisdom and Life knows my feelings about our transition; that our transition date is written in stone long before we incarnate. A Dangerous Thing discusses my belief that no matter what we do, we cannot change the fact that we are scheduled to transition on the day we we are scheduled to.  The BEST thing we can do is enjoy our lives and spend our time with those people who lift us up, doing things that bring us pleasure.  The best thing we can do when we DO transition is doing something we love, being surrounded by those people who love us.

As challenging as it was to witness, I watched someone pass over ten years ago.  John W. worked with me at the Scranton Library in Madison, Connecticut.  He suffered a massive heart attack while behind the circulation desk.  I knew the MOMENT he collapsed that it was all over.  After all this time has passed I now realize it’s probably the best thing that John passed at work.  He was doing something he loved.  He was surrounded by those who loved him.  Thus it may have made his transition easier on him.  Just as President Kennedy’s death may have been less traumatic since he was with his wife and doing something we can only surmise he loved doing.

We should all be so fortunate that when we transition, we are with our loved ones, doing what we love.

If it’s true that President Kennedy understood his transition was close at hand, did he spend his days the way he wanted?  If he knew his last day indeed arrived on November 22, would he have done anything different?  What was he thinking as he woke that morning?

I’m sure his thoughts were on what lay ahead in Dallas.  Did he know that he narrowly escaped an assassin’s bullet in Chicago on November 2nd weeks earlier?  If so, I wonder if he was on alert, on edge with each successive day he lived.  I’m sure all world leaders are always on edge knowing that they are a target.  If you are interested in JFK’s assassination, I recently read a book called:
JFK and the Unspeakable.  I gave a brief review of that book at Scranton Page Turner here:
Presidential Books  The book is the last to be mentioned in the column.

The only thing I can say in relation to this column today:

Remember:
–Live your life as if each day you receive is a gift.
–Tell those people you love that you love them.
–Don’t let a day go by without expressing how you feel.
–Do what you love and take time to be with those you love, those who lift you up.

The last thing anyone wants is to transition with something left unsaid, something left undone.  According JFK and the Unspeakable:
During his time in office, President Kennedy shifted his policy from one of military power to one of peaceful negotiation.  One thing that completely blew me away is the fact that both Kennedy and Khrushchev developed a back channel communication.  They both saw their roles change during the course of their leadership.   Khrushchev’s son at one point mentioned that had President Kennedy not been targeted, he believes Kennedy and Khrushchev would have ended The Cold War in the 1960s.  It is possible that Kennedy was indeed doing what he loved as President, changing world politics.  If you believe James Douglass’s interpretation of the facts, it was this VERY change that set the assassination wheels in motion.

The fact that BOTH Kennedy and Khrushchev worked behind the scenes to change world policy shocked me to the core, because the lasting impression I have of Khrushchev is the scene of him slamming his shoe on a conference table.  It takes just one tiny change to alter your entire worldview.

These are all attributes we should strive for and it appears that’s exactly what the two superpower leaders were attempting to build if you believe James Douglass and his book.  JFK and the Unspeakable truly became a game changer for me and fits in well with the themes of Wisdom and Life.  I can heartily recommend this book to my readers here as well.