I discovered Rob Bell several years ago through reading his book:
Love Wins.

This book spoke volumes to me as it clearly identified the challenges I’ve experienced with organized religion.  Bell ruffled many feathers in the religious field with his thoughts.  He is still unsettling some in organized religion.  I feel like he is only stating the truth as he sees it.  One of the features of Love Wins that Bell writes about is:
If God is truly love, how and why would he forsake ANYONE? 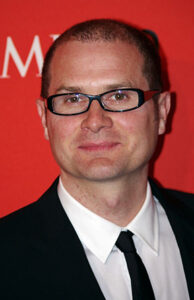 I couldn’t agree more.  In a July 28, 2017 CNN article written by John Blake:
Outlaw pastor Rob Bell shakes up the Bible Belt Rob Bell continues to push for radical changes in the church.  Let me just say, that I don’t find the changes, he is calling for radical at all.  In fact, I embrace them.  One of the changes, Bell calls for is accepting women as priests or pastors.  He says:
Do you belong to a church that says women cannot be priests or pastors?
Bad move, Bell said.

Any church that does so betrays the example of Jesus, who treated women as equals. Women in Jesus’ times couldn’t even testify as witnesses in court.

“Yet all the gospels have women as the first witnesses to Jesus’ resurrection,” he said.

Makes sense?  Doesn’t it?  This is one of the many challenges I have with religion.  And I’m well aware that I may take flak for it.  However, Rob Bell brings up an interesting perspective:
–Any church that does so betrays the example of Jesus, who treated women as equals.
–Yet all the gospels have women as the first witnesses to Jesus’ resurrection.

Rob Bell has stirred something in many people.  Controversy can be a good thing as it brings people together who want to facilitate a change.  I give Bell credit for bringing his thoughts to a conservative area of the United States.  The Bible belt as some of the Southern States are called could be a “danger zone” for Bell as he has antagonized some in that area.  He didn’t let that stop him however.  I like that.  That he stands up doesn’t let controversy scare him away.  I have a lot of respect for Rob Bell.  I like that we are on the same page when it comes to our worldviews.  If you haven’t yet been introduced his books, I highly recommend starting with:
Love Wins

Bell certainly still has a following even after his ouster from his own megachurch.  You can see that following in the crowds he still amasses when he speaks.  It was with Rob Bell, that I realized my belief system had changed.  Bell voiced in Love Wins, what I always knew about myself but hadn’t been able to see in myself that as I stated in My Spirituality:
I believe God LOVES EVERYONE.

I believe God created us and he won’t forsake ANY of us.

I recently discovered Rob Bell’s Book Love Wins and after reading it I realized Mr Bell and I believe the same things.

Why is it so difficult to embrace this worldview?
Isn’t religion supposed to be inclusive?  I understand these are rhetorical questions.  They shouldn’t be, however.

Rob Bell
1 Comment on Rob BellPosted in Amazon, Books By chrisPosted on August 7, 2017

One thought on “Rob Bell”