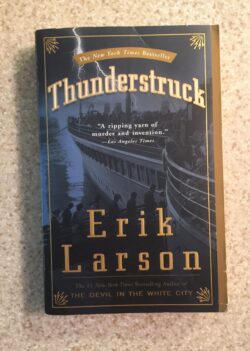 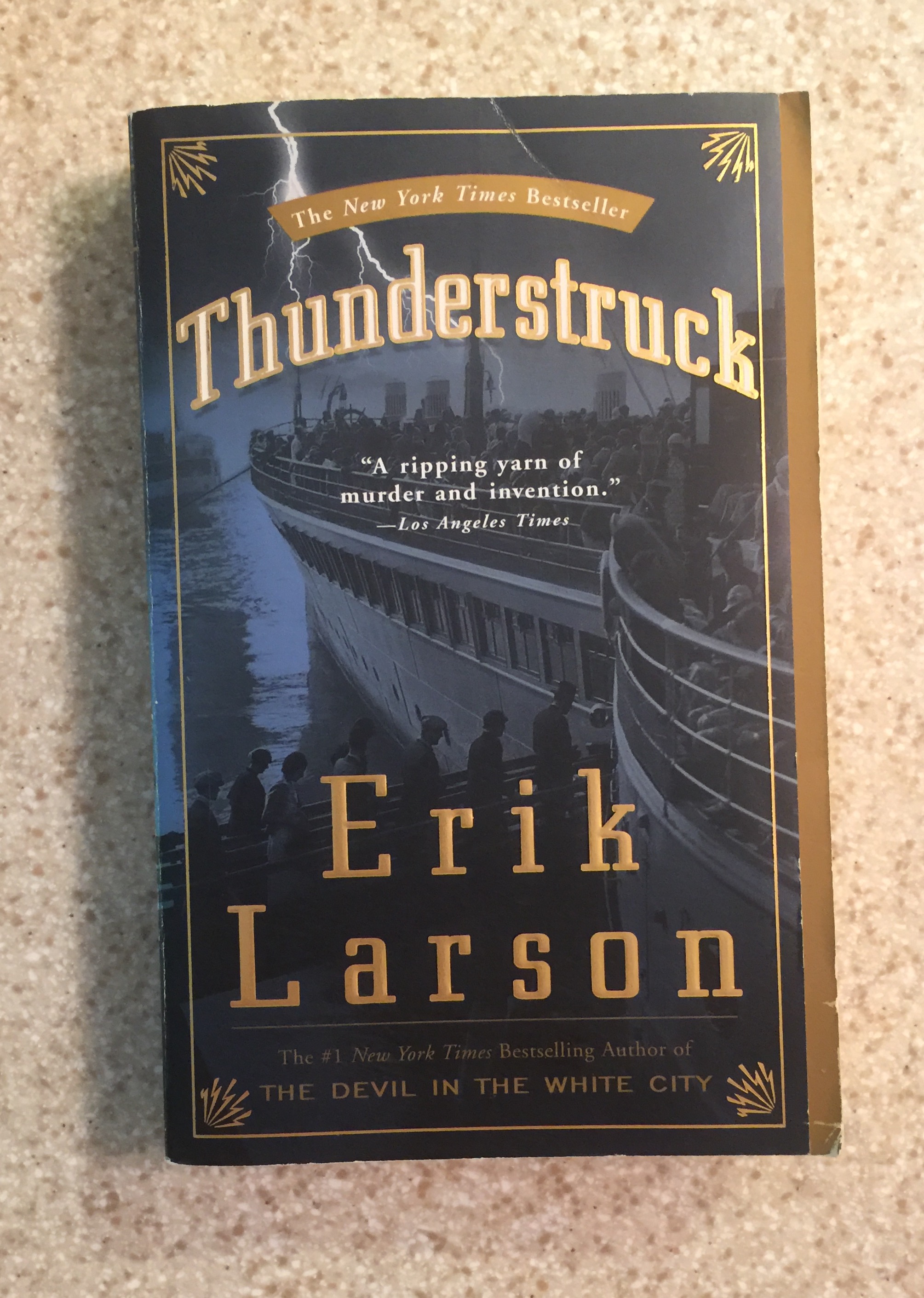 I’ve read most of Erik Larson’s books and Thunderstruck as with his other’s hooked me from the first page.  About the invention of wireless this book takes place primarily on the open water. Thunderstruck tells the story of Guglielmo Marconi, a man obsessed with finding a new way to communicate while away from all known communication devices.  As with Larson’s Devil in the White City, he uses a murder as a side story here and he incorporates said murder flawlessly in this story as well.  Larson moves the story along at a rapid pace but never so quick that you lose track of what’s happening.  I like that Larson interweaves two disparate stories as he does with Thunderstruck as well as Devil in the White City.  In another author’s hands this device may seem unwieldy, but in Larson’s capable hands it works flawlessly.

If you enjoy, Erik Larson’s style and you haven’t yet read Thunderstruck, I think it’s as good a place as any to start.