Sometimes at Wisdom and Life, I take news that is relevant and use it as fodder, as grist for columns here.  Today’s column is taking that approach.  Even if you don’t follow the NFL, you can’t help but have heard about the challenges they are suffering from in the past few weeks.
Ray Rice
Greg Hardy
Adrian Peterson

And writing about The NFL is not without precedence here as I’ve even discussed The Baltimore Ravens at Wisdom and Life previously. 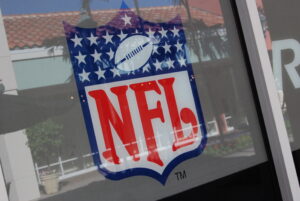 These two players find themselves out of a game that has given so many people a leg up, a way out.  There are so few who have the opportunity to be successful who grow up like many of the players in the NFL.  Unfortunately, these players and many like them don’t see the advantage.  Sometimes they can’t break old patterns.  Sometimes they continue to to stay in relationships that are toxic and because it is the only thing they’ve ever known it can be quite difficult to break away.

Ray Rice:
Being abusive to a spouse or a partner is reprehensible and it is one of the two things someone can do that does NOT get a second chance in my opinion, because if you did it once, you’ll do it again and the first time you are caught, is NEVER the first time.  I’ve heard from many who are still supporting Ray Rice (though that number is declining every day) say why did she stay?  There are many reasons:
–I can change him.
—Stockholm Syndrome.
–COULD be as I said above:
It’s the only thing they know.  Maybe they grew up being abused and they can’t break the pattern.

These are FAR from excuses.  Simply reasons why some may not be able to leave.  At some point you have to make a decision if it is healthy to stay in a relationship that is unhealthy.

Greg Hardy:
What I don’t like about this is its knee jerk reaction.  All week long the Carolina Panthers maintained that Hardy would play even though he was convicted of domestic violence.  The ONLY reason The Panthers backpedaled is because of the events in the preceding weeks.  When are we as a society going to step up and say:
This is unacceptable behavior and we are not going to condone it?  We will not enable it?  We will not sweep it under the carpet?

Adrian Peterson
Peterson said it himself:
I discipline my child as I was disciplined.

That proves my ENTIRE point above that we find it difficult to break patterns.  If Adrian was disciplined by being struck “with a switch,” then he obviously sees nothing wrong with doing the same.  It’s the ONLY thing he’s ever known.  Here’s the ironic thing however:
His two year old son he never met was beaten to death.

You’d think knowing this, Peterson would be ever vigilant NOT to go down that same path.  Unfortunately it can be difficult to break patterns.  I’m in NO WAY excusing this behavior because there is NO excuse!

The NFL has the perfect opportunity to change its image now.  There should be zero tolerance for this kind of behavior.  As long as we have teams who value winning over character, this will continue to proliferate.  It’s WAY past the time to put an end to this.  The question now becomes:
Will the NFL step up?