The Power of the Number Three

My divine pipeline is completely unclogged.  As anyone who has been reading Wisdom and Life for awhile now realizes I believe I’m simply a conduit, that while I’m physically typing out the the words on my computer screen, the message, the concepts, the ideas for my columns are given to me from the Divine.  This happened again last week as put my laundry away. 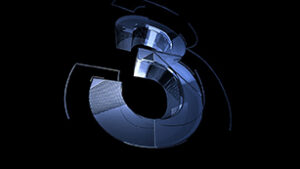 The power of the number three floated through my consciousness as finished hanging my shirts in my closet.  Maybe it is because Easter Weekend has just passed and the phrase:
On the third day he rose flitted through.  Have you ever stopped to consider how often you see the number three appear:
Area Codes.
The first digits of a Social Security Number.
The first digits of a phone number.
Events happen in “threes.”

It is also the last number written in as many lines:
III

In many religious practices, the number three is significant:

There are so many other examples where the number three is representative.  Where do you think the power of that number originated?
Was it a religious thought?
Was it Pagan?

Or a combination of both?

Because you are aware that many pagan beliefs were melded into Christianity?  And then we have the number thirteen, a derivative of three.  While the number three is seen as a positive in religious thought, the opposite is true for thirteen.  The most influential use of the number thirteen is:
Friday the Thirteenth

Did you know one of the originations of Friday the Thirteenth may have been related to the day that The Knights Templar demise and the death of many from that organization?

Regardless, the number three holds sway over the entire world whether it is that exact number or the derivative thirteen.

2 thoughts on “The Power of the Number Three”