Hard to believe when I began Wisdom and Life I wrote columns five days a week.  Keeping that pace wasn’t difficult in the beginning as Wisdom and Life was the only blog I wrote.  Now seven years after its inception, W&L is one of three blogs I maintain.  The other two being:
Scranton Page Turner
CJP Photo News 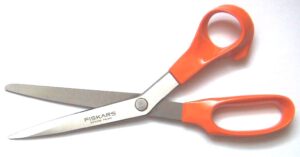 As I went back through Wisdom and Life to see where each cut back occurred, I found that they both happened in January.

And it isn’t that I’m not writing as often because I now write three blogs.  I almost feel as if I’m writing more now then when I maintained only one blog five times a week.  I struggled both times I cut W&L, more so with the second cut because I enjoyed writing three times a week, however I knew I put too much pressure on myself to write something so often.  Now I’m much more relaxed and I don’t feel as stressed with W&L as I did before I cut back to once a week.

And the last thing I want is to feel stressed with something I love to do.  Cutting back was the best thing I could have done.  Not only was it the best thing, it was the RIGHT thing to do.

Once a Week
2 Comments on Once a WeekPosted in Writing By chrisPosted on May 2, 2016

2 thoughts on “Once a Week”