I’m sure you’ve heard that Saint Anthony is the Patron Saint of lost things and missing persons.  Have you ever put him to the test?  I have several times.  A few months ago I misplaced a thumb drive. 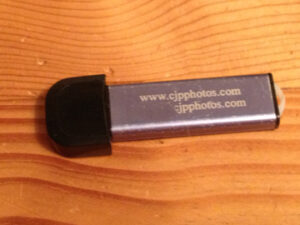 VERY distressing as I placed several photos I had taken on the drive before moving them to my external hard drive.  Needless to say I was beside myself.  Angry at misplacing the drive, so angry that I broke down and cried because I knew I’d never replace the images I took.  As most of you should know by now I don’t consider myself religious.  But just because I’m not religious doesn’t mean I don’t see doesn’t mean I don’t understand doesn’t mean I don’t believe that there are saints, masters guides who can help us if only we ask.

The most distressing thing about losing something for ME is the fact that I keep going back to the same places over and over that I already searched the first time, as if by some trick of the eye, I missed the lost object the first time around.

I did this constantly when seeking out that stupid thumb drive.  As I do when I’m in a storm I ask for guidance.  I’ve known for some time that Saint Anthony is the saint of lost things.  I decided to put him to the test.

Knowing of my new found spirituality, a friend of mine who has relied on Saint Anthony on several occasions himself  mentioned praying to Saint Anthony, asking him to help in locating that missing thumb drive.

If it wasn’t for my strong worldview
If it wasn’t for the fact that I’ve seen some things I can only say were of a spiritual nature, I may think my friend has gone off the deep end, much like many think I may have.  However, I HAVE seen some things I can’t explain.  I wrote about one such experience in Been There, Done That.  I decided to offer up a prayer.  I said something myself then I found A Prayer to Saint Anthony  online and said that as well.

Seeing as I practice Law of Attraction and one of the precepts of LoA says to put out there what you want then forget about it, that’s what I did with both prayers.  I said the prayers then I put them out of my mind.  This may appear challenging and it probably would have been if I wasn’t already practicing LoA.

Putting out there what I want then forgetting about it has become easy to do as this has become routine.  Remember when I said one of the most distressing thing about losing something is when I look in the same places over and over?  A few days after asking for Saint Anthony’s help, I had an epiphany.  I suddenly remembered the one place I didn’t look:

In my glove box in my car.

That’s where that stupid thumb drive turned up.  What makes this story even more confounding is that there was also an Anthony’s of Guilford menu in the glove box.

A message from Saint Anthony, himself?

I’m sure you know MY answer.

You can draw your own conclusions.