Knowing What to Write 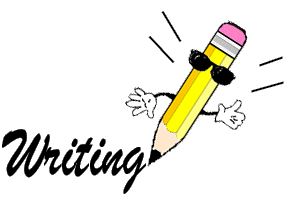 As a writer, of fiction first since I could pick up a writing instrument first then learning to type, the question that comes most frequently and that can challenge many of us is:
Where do you get your ideas?

When I wrote fiction, I spent my time in the dark fantasy realm.  Knowing what to write has never been a challenge I faced, when I was writing fiction and even now that my theme has changed.  I typically took my ideas from what I saw in the news, what I experienced and how I felt about the events.

One Example I can give:

A Scout leader in Connecticut was thrown out of Scouting because it turned out he was gay.  As a way of showing my solidarity with him, I wrote a short story called “Ceremonies” about a Scout Leader who was a werewolf.  I used the werewolf as an analogy.  I found a way to forward the story to the Scout Leader himself and he actually got in touch with me.

When I see something that causes me distress, one of the ways I release the pressure is through writing.  Writing has always been cathartic for me.  I believe it’s one of the reasons I started writing.  Some people fight.  Some people argue.  I never found much satisfaction in becoming physical or vocal.  Writing is my way of releasing negative energy.

So knowing what to write for me, typically came from what I saw.  The other example I can give is I understand many writers know where their story/article will wind up.  I’ve never had that luxury.  When I begin writing, especially when I wrote fiction I NEVER knew where my stories would end up.  I let my characters dictate where they wanted to go, another reason I think my intuition is so strong.  I see now that it was REALLY Divine energy that was guiding my fingers, my thoughts.

So knowing what to write has been a Divine gift for me as well.  I haven’t really experienced writer’s block either except for a ten year self imposed writer’s block.  For more information on that feel free to read my column called The Itch.

I was talking to my friend Jason, another avid writer recently and we typically fall back on comfortable themes in our conversation.  Seeing as we both met because we ARE writers, we naturally discuss that theme frequently, not only are we both writers but when I wrote fiction we both stayed primarily in the dark fantasy realm.  Writing in that genre for so long is what actually drove me away and put me in my self imposed block.

It took me some time to understand why I stopped writing and it wasn’t until about six months into Wisdom and Life that a light dawned and I realized what happened.  Knowing that now as I said in The Itch I won’t take my writing for granted again.

Even today, I seldom have a challenge with writer’s block.  I understand now that knowing what to write is a gift from God.  My thoughts come from the Divine.  Yes, I’m typing, but the thought process is filtered through HIM.  I understand some of you may be uncomfortable with that, but one thing I’ve learned since becoming more spiritual is as I say at Wisdom and Life:
Take me or leave me. I no longer worry what others think.

I’m not being cold, aggressive when I say that.  I understand that everyone won’t agree with what I say all the time and that’s fine.  I never expected everyone to agree with all I say, with all I write.  It would be a boring world if as The Borg of Star Trek fame say:
You will be assimilated.

Can you tell I’m a Science Fiction/Fantasy fan?

I don’t know about you but I don’t want to be assimilated.  Our diversity is what makes us human.